New Delhi, June 8: The central office of the historic ‘save cow’ padayatra campaign was inaugurated at Sangat Bhavan, in New Delhi on Wednesday.

It may be mentioned that Mohd Faiz Khan, National Convener of MRM Gau Seva Prakoshth (Cow Cell) will be undertaking a historic and ambitious ‘Gau Seva Sadbhavana padayatra’ from Leh to Kanyakumari and from there to Amritsar in Punjab to generate mass awareness about cow protection, cow rearing, medicinal qualities of milk, ghee etc. among the Muslims. 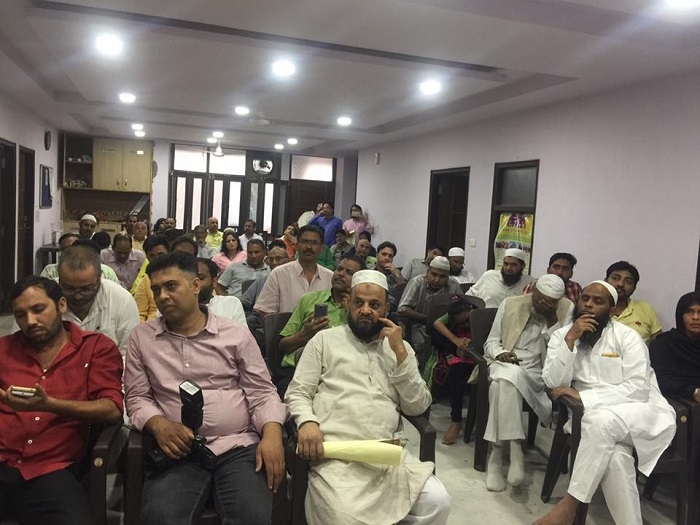 In the second phase from Kanyakumari to Amritsar the padayatra will pass through the states of Tamil Nadu, Kerala, Karnataka, Goa, Maharashtra, Madhya Pradesh, Gujarat, Rajasthan, Haryana, Delhi, and Punjab.

Addressing the gathering after formally inaugurating the office, Indresh Kumar appealed to the people to cooperate with the Padayatra and make it a grand success to accomplish its mission of creating awareness among the common masses about the importance of cow in our daily life and economic wellbeing as well.

MRM National Convener Mohd Afzal also made a fervent appeal to the people to make the unique padayatra a successful event.