MRM urges Muslims and Hindus to celebrate Ramzan and Eid together 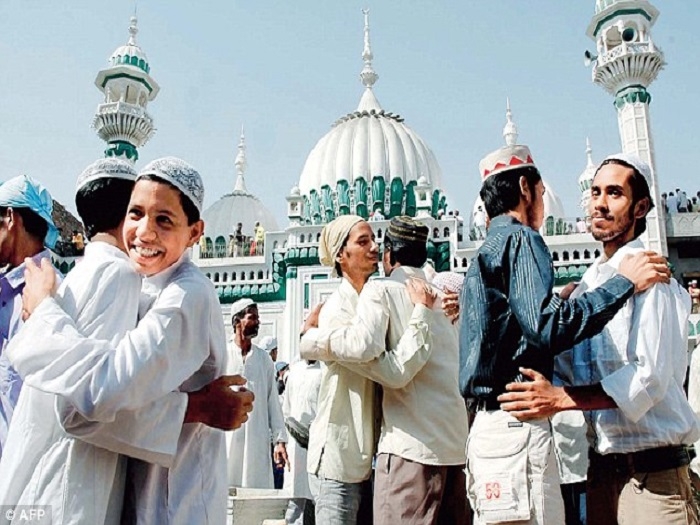 New Delhi, June 26: The Muslim Rashtriya Manch (MRM), an RSS-backed minority organisation patronised by Sangh pracharak Indresh Kumar, has appealed to the community to take a collective vow with their Hindu neighbours not to let communal strife start in their locality.

According to Kumar, the Manch has asked the Muslims of India as well as the world to commemorate the holy month of Ramzan and Eid through a communal iftar.

The Muslim Rashtriya Manch (MRM), an RSS-backed minority organisation, wants every Muslim household to undertake a three-part commitment - including a promise to avoid communal tensions.

The community has been requested to celebrate the festival at a local level, where Hindus too can be invited to iftar parties.

It is here that the two communities should take a collective vow that they will not fight among themselves and will not let their locality become a flashpoint of violence.

“Muslims must try to convene iftar at the most local level of ‘galis’ and ‘mohallas’ or at the colony level, where people from all religions and castes and parties can participate. At the time of breaking the fast, all must take a vow that irrespective of what is going on in the world or India, they will make their locality riot-free because charity begins at home,” Indresh Kumar told Mail Today.

The solemn promise is part of the three commitments that the Muslim body wants every Muslim household to make.

Moreover, the RSS wants all Muslims to plant tulsi (Myrtle or sweet basil) in their houses during the holy month of Ramzan.

The MRM claimed that the plant finds an exalted place not just in Hinduism, but also in Islam.

“We want all Muslim families to plant a tree outside their house and a tulsi plant inside. We have done this to tackle environmental pollution. Moreover, tulsi plant has been called ‘Reyhan’ (also Rehaan) or the plant of ‘Jannat’ (heaven) in the Arabic language,” said Kumar. (Courtsey: Mail Today)

The third commitment that Muslims are being asked to keep is that the concept of zakat or charity must be widened to include the “last person in the line” - irrespective of his/her religious or group identity.

“The last person in the social ladder must be the aim of zakat. We appeal to all our Muslim brethren to help at least one poor person to celebrate Eid properly this year by way of their charity. The poor must not feel that they cannot celebrate Eid and cannot become a part of this collective happiness,” Kumar said. (Courtsey: Mail Today)