Babri Masjid not a mosque, but an iInsult to Islam: Indresh Kumar 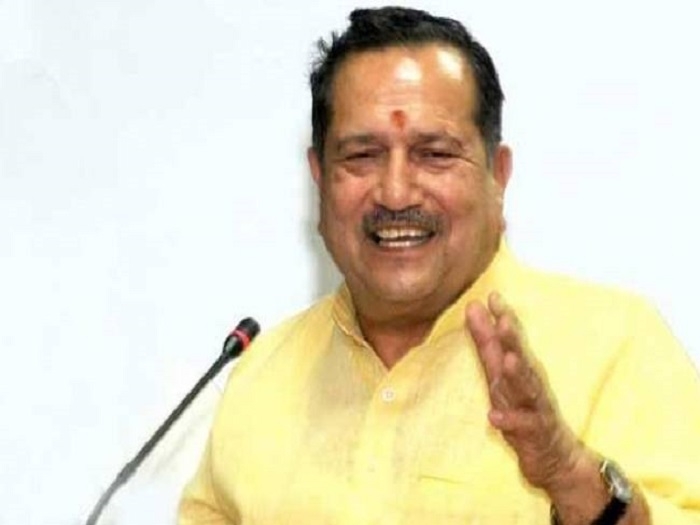 New Delhi, June 23: Muslim Rashtriya Manch was launched after 2002 Gujarat riots under the guidance of the then RSS chief K S Sudarshan to reach out to Muslim community. Today, the organization claims to be fastest growing Muslim outfit in India. In an exclusive interview with News18’s Eram Agha, MRM patron Indresh Kumar says Muslims chose to come to RSS because secularists and socialists failed them. Edited excerpts:

Q.: Muslim Rashtriya Manch was formed in 2002 under the initiative of the then RSS chief K S Sudarshan. How has the outfit grown since then?

A.: MRM was formed by the Muslims, for the Muslims. It has been progressing since 2002. The organizational committee told me it has presence in 7 to 8 countries now. MRM has spread to 25 prants (states) and has more than 2,000 branches. The core organisation group has 40 members who sit and discuss issues and chart out agenda. In such a short time, no other organisation has progressed so much.

Q.: What have been the main reasons behind MRM’s growth?

A.: There is a background to this rise. One thing everyone wanted was to bring Muslims into the mainstream. Muslims were aware that they were kept aloof. Interestingly, people who hunted for their votes also admitted this by continuously talking about “mainstreaming of Muslims”. So those who championed the cause of Muslim votes were not able to do anything about this particular concern. Some of them got their votes but that was at the cost of fundamentalism (kattarpanta).

Everybody talked about mainstreaming of Muslims. But had they tried to bring them in mainstream, there would not have been Article 370. In Muslim localities, the National Flag should be unfurled. There should be respect for national symbols like the National Song and Anthem. If you see, no political party was able to make Muslims do this. There should be no celebration for Pakistan’s victory during Indo-Pak cricket match, no cheering for them. These are the symbols of mainstream. But in 70 years, they could not develop this — it was a big challenge ahead of us and also for those Muslims who were in the mainstream.

They should follow their religion and let others follow their own. When the MRM was formed, these huge challenges were before us.

Q.: Do you now see signs of Muslims joining what you describe as the mainstream? What are the issues that MRM is raising?

A.: With time, MRM has adopted different movements like cow protection and Uniform Civil Code. And recently, over 8 lakh Muslims, including 40,000 from Jammu and Kashmir, submitted their signatures to President Pranab Mukherjee, seeking revocation of Article 370. No other state in India has dual citizenship and two flags. Why should Jammu and Kashmir have it?

MRM has been successful in explaining to Muslims that terrorism is not patriotism. After the Mumbai terror attacks, there was a Tiranga Yatra by MRM, condemning terror. They pledged that aatankwaad aur hinsa mukt Bharat banayenge.  (We will make a terror and violence free India).

Q.: MRM has taken a lot of interest in campaign against instant triple talaq and it talks about Uniform Civil Code. Some people believe this is interference in religious practices. What do you have to say to them?

A.: The community itself studied this issue of triple talaq. They found that the practice of instant triple talaq is the result of wrong interpretation of Quran by the political and religious leadership. Instant, oral and unilateral triple talaq is not mentioned in the Quran. It should be seen as societal problem and not a religious one. It is not interference in religion because they are not being stopped from practicing their religion. There were no hurdles in celebrating Ramzan, Eid and there was ibadat… Certain things should not be tolerated… instant triple talaq, halala and polygamy are societal problems. Having too many children is also a problem. It leads to poverty and how will they bear the burden of so many of them?

Q.: Why do you think Muslims joined an outfit affiliated with the Rashtriya Swayamsevak Sangh?

A.: They had important questions in their mind, which brought them to MRM. First thing was, who talks about nationalism and who are the secular and socialist parties? They had always known secular and socialist parties but not the former one. Muslims came to RSS as they wanted to know about nationalism. We have the best cadre and some even tried to emulate us like the Congress and started their own dal. They could not emulate the dedication and commitment that we had.

Nowadays if someone says ‘Bharat Mata ki jai’, some people react by saying “RSS ka hai.” Why isn’t he called a Congressi or a Communist? By doing this, they have established that patriotism is the work of the RSS. Stand anywhere and shout ‘Bharat Mata ki jai’, people will say “Arey yeh toh Sanghi hai.” Then what is our Parliament or Vidhan Sabha? Yeh sab Sanghi hain!

Muslims were also curious because a lot of parties tried to mislead them about the RSS, and they wanted to know everything about the organization on their own.

Q.: There has been a sudden rise in cow protection activities of MRM. What is the cow movement of MRM all about?

A.: We studied religion to understand the topic of cow. Children live on their mother’s milk. This means their second mother is cow as it gives so much of nourishment. An animal that gives so much to mankind and 90% population lives on cow milk… that means it is the mother of humanity. We studied the topic of cow from the point of view of humanity and religion. The most important surah in Quran is named after the Cow - Surah Al Baqr. Why would it be named after cow? This is one animal that is for the welfare of man, it has nothing poisonous neither excreta nor saliva. The Prophet had said to shun gosht (cow meat) and only savor its milk that is shifa. We also studied how other countries in the world treat cows. No one slaughters it. Everyone came to the consensus that there should be no cow slaughter.

This has got a lot of support — during Ramzan, when people meet for iftar, they all drink cow milk and sharbat is served. Today, 105 gaushalas are being run by Muslims. In every prant, Muslims are planting thousands of Rehan (Tulsi).

Q.: Where does MRM stand on the issue of Ram Temple in Ayodhya?

A.: Ram Mandir is an important issue. It is a belief that a mosque can only be built on non-controversial land, given in donation or waqf or it can be built on the land bought through proper purchase. But Babri Masjid was not built on such a non-controversial land. A mosque cannot be named after any mortal being. It should be named after a prophet or God. Babri Masjid was named after Babur – he didn’t take care of any such thing. This was not a mosque but Islam ki tauheen (insult to Islam).