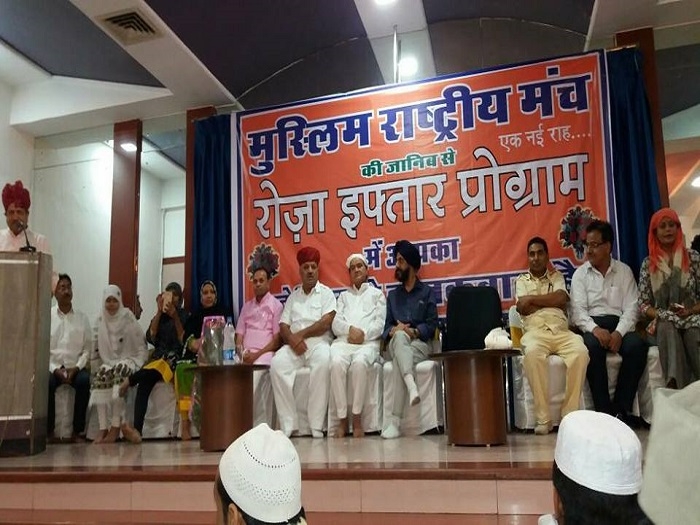 Jaipur, June 2: Describing those indulging in organising beef parties and creating tension in the countyr as 'satans, senior RSS functionary Indresh Kumar said that those who killed the cow in Kerala were murderers of humanity.

Making an oblique reference to the Congress party, he sarcastically said that people have sent this party that ruled the country for over six decades to the dustbin with love. The Congress should refrain from mudslinging to save its sins and misdeeds and try to improve its lot from the within, he said.

Addressing the ‘meet the press’ program at Adarsh Vidya Mandir on Thursday, he said the beef issue was being made into a political controversy. Those who killed the cow and celebrated beef party can only be called ‘satans’ and they should be discarded.

Majority Indians revere cow, consume her milk, ghee and use 'gomutra' as medicine and purifier, he added. He said that out of 718 crore world population 600 crore are dependent on cow milk.

He also said that over 10.5 lakh Indian Muslims have signed the memorandum and submitted it to the President demanding total ban on cow slaughter in India. 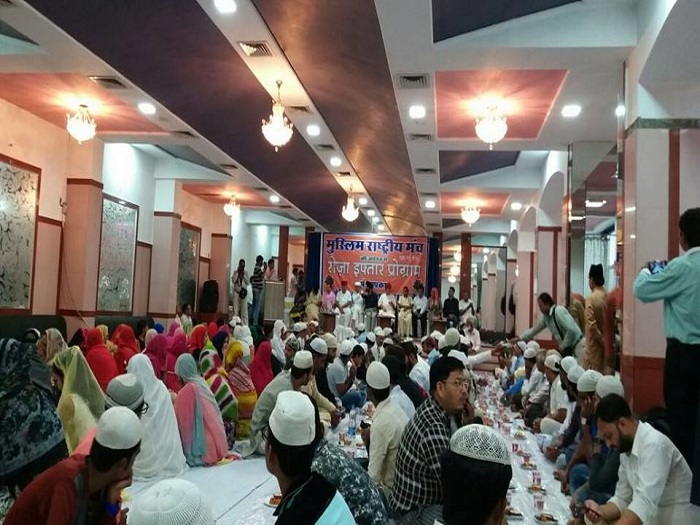 Indresh Kumar also participated as chief guest of the Roja Iftar Party organised at Indiana Hotel in Jaipur on June 1 by the Muslim Rashtriya Manch Rajasthan. The participants were served cow milk to break their fast.

Indresh Kumar congratulated the 'Rojedars' on the holy month of Ramjan and appealed them to work for fostering peace and brotherhood in the country.

The program of Roja Iftar and Cow Milk Party was organised at Boson International School in Ujjain. MP Dr Chintamani Malaviya and MRM Media Convener Dr Gulrej Sheikh were prominently present besides many prominent Muslims of the city.

Girish Juyal said that Islam has accepted cow milk as medicine and beef as health hazard. The MRM has taken up various programs for cow protection in India. So far, the MRM has organised over 4500 cow milk parties in different parts and during this Ramjan plans to hold over 10,000 such parties from Kashmir to Kanyakumari and Gujrat to Manipur.

Girish Juyal said that the MRM strongly condemned and deplored the killing of a cow in Kerala and described those who indulged in this heinous act as enemies of communal harmony. He said that the British started cow slaughter to break the unity of Hindus and Muslims in India and the Congress and the seculars later continued it.