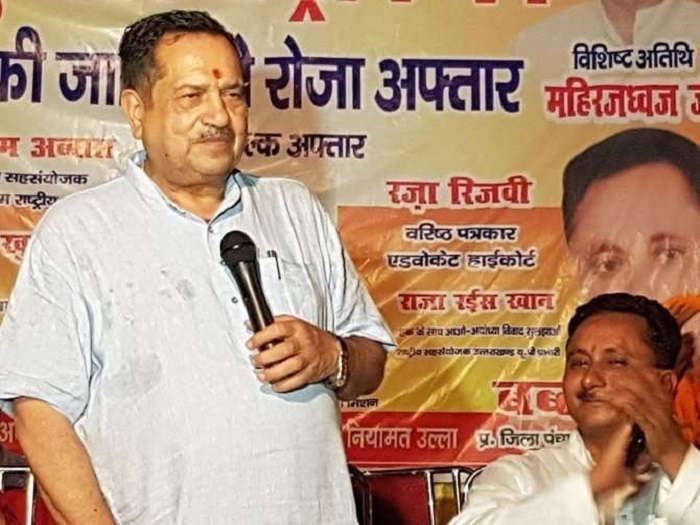 Ayodhya, June 16: In an attempt to sensitise the Muslim community about the significance of cow in the holy month of Ramzan, Muslim Rashtriya Manch (MRM) setting up the new precedent on Thursday hosted an Iftar party in Ayodhya, where Muslims broke their fast with cow milk.

Speaking to the media about this unique initiative Senior RSS leader and Patron of Muslim Rashtriya Manch Indresh Kumar said, “Muslims took a pledge at the Iftar that they will not eat beef as it causes disease. They also agreed that cow milk is good for health and has medicinal values,” said Kumar.

Reiterating the stand of RSS, Indresh Kumar underlined that cow slaughter is not permissible in any religion, including Islam. He further mentioned that eminent personalities from all walks of life have acknowledged the benefits of keeping cows. 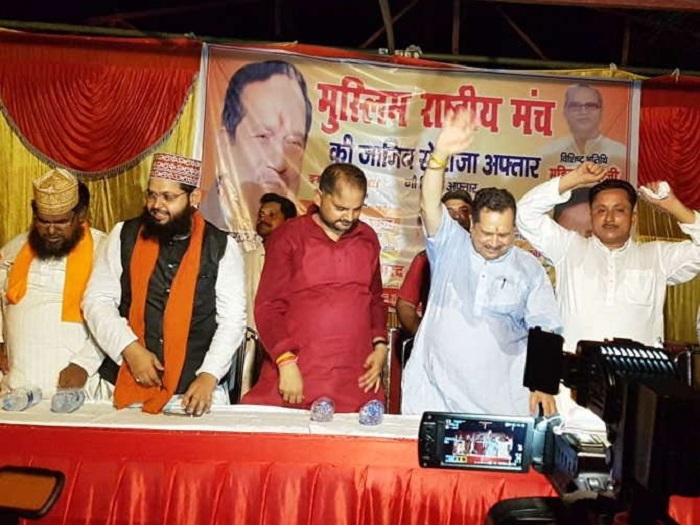 According to a member of the MRM, “Hindus and Muslims are brothers and we are trying to promote religious harmony. Iftar party was a hit and everyone enjoyed the food. We had a good time together.” On this occasion members from Muslim community took the pledge of complete prohibition of beef consumption from their daily life as consuming beef may lead to health hazards.

The Iftar party at Ayodhya holds the significance as few days ago a group of Muslim ‘kar sevaks’ reached the disputed site at Ayodhya to have darshan of ‘Ram Lala’, reported Hindustan Times. The group, led by president of “Shri Ram Mandir Nirman Muslim Karsevak Manch” Azam Khan, also brought a truck full of bricks to donate for the construction of Ram Temple.