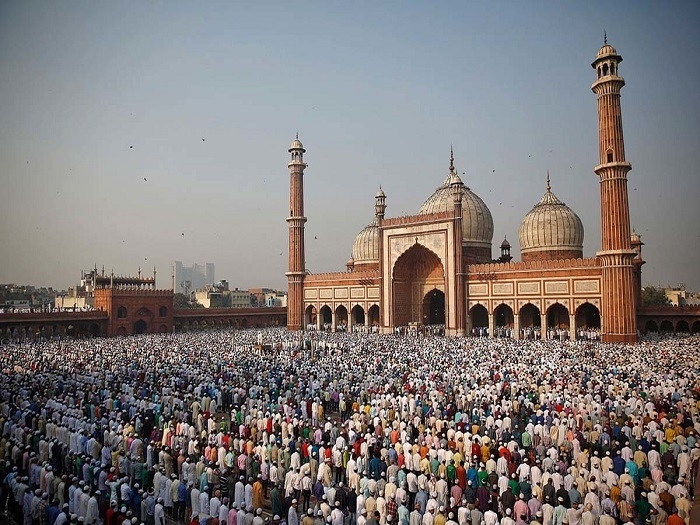 In reviewing the loss and gains of Indian Muslims it would be imperative and in tune to review the various ups and downs and major incidents of the last one hundred years (1917-2017) in an impartial manner.

“Today I am the happiest man on the earth as this day we have injected the body politics of India with venom like communal electorates. So we can rule 1000 more years over India".

According to this act, the quota of elected/nominated Muslim representatives to local and district bodies, provincial and central assemblies was fixed in proportion to the population of the Muslims in each province of India. Besides, reservation was given to them in services also on the basis of the population.

The Muslims accounted for 8 to 10 crore in the then undivided India. Thus, they got the opportunity to mix with the national mainstream, but the British followed the 'divide and rule' policy which made the minority Muslims more ambitious politically. Some Muslim leaders participated in the freedom struggle in the front rank.

During that time the Muslim league was known as Muslim Party and the Congress was known as Hindu Party. In the same way, Mohammad Ali Jinnah was considered as a leader of the Muslims and Mahatma Gandhi was that of the Hindus.

As a result of the freedom movement, first and second world war, the formation of Indian National Army by Netaji Subhash Chandra Bose and the changed global situation forced the British to leave India. But the British Empire was not in favour of strong and vibrant India in the world.

There was a famous story. Once, a lady approached a king laying her claim over a baby. Another woman came and claimed the same child as hers. The intelligent king ordered to cut the child into two halves. Here Mohammad Ali Jinnah said, "Not two but three pieces of the motherland -- West and East Pakistan and Hindustan!”

But the father of Pakistan forgot that in between the West and the East Pakistan there lies a distance of over 1000 km separated by a non-friendly nation. Apart from that, the two differed in respect of language, eating habits, culture and problems. Jinnah only considered their being Muslims as the only requisite for bringing them in Pakistan.

But, his vision failed miserably in just 24 years! Pakistan was defeated in the 14-day war with India in 1971 and 93000 Pakistani troops surrendered their arms without any condition before the Indian army.

Partition of 1947: Those Mulsims who were closely associated with their motherland remained in India and did not migrate to Pakistan. Those went to Pakistan were called as Mohajir meaning refugees and were treated as second class citizens. They were forced to form their own political party called Mohajir Quami Movement Party (MQM). But the president of this party Altaf Hussain has sought asylum in Britain and he is living there even now.

Thus, the existence of Pakistan has, besides being a political blunder, been the great curse for the Muslims.

In India, the Congress ruled for 50-55 years after independence. The party granted the minority status to the Muslims and exploited them as their vote banks. They were constantly hounded in the name of 'Saffron terror' lest this vote bank remains intact. There were more than 20000 communal riots in the country in the first 40 years of the independence. The Congress blamed the Hindu Mahasabha, RSS, Jansangh and Janata Party for these riots. And the Muslims were always misled in the name of saffron outfits.

Vote Bnak: The party ensured that no Muslim leadership emerged as a challenge to its hegemony over them and the Muslim vote bank remained loyal to Congress. That is why we don't find any Muslim leader at the mohalla, ward, village, town, state or national level for the 18-19 crore Muslims in India. India has the largest Muslim population after Indonesia, in the world but the Muslim here has been just a face in the crowd for the want of a strong leadership. They have been reduced to a gun fodder. To make the Muslims leaderless was the biggest gift from the Congress party to the Muslims.

Disillusioned with the Congress, the Muslims drifted towards other parties like BSP, SP, AAP and JDU.

The present stature of Muslims in India:

Educational: The ruling party decided to force the Muslims to go in for the madarsa education rather than modern, secular education. Financial aid was extended to madarsas and para-teachers were appointed in large numbers. But the certificate issued by these madarsas were not recognised by any board, college, or educational institution, thus, compelling the madarsa educated children to seek jobs at cycle repairing shop, tea stall, paan shop etc. If he has some more money he would become an auto-rickshaw driver.

Only one percent Muslims is engaged in business. The main reason for this is low academic level and lack of interest by the banks to provide loans to them by the government and Public Sector Banks.

Muslims are not moving forwards in the religious arena also as the Holy Quran is written in the Arabic language and most Hafeez and moulvis are not conversant with that language. In addition to this they are not able to imbibe the true meaning of Quran in their life. Just 15-20 percent Muslims offer the mandatory five-time namaz. But they fail to understand the true meaning of the Quranic verses the Imam says. The number of namajis is getting reduced gradually because of television, mobile phones and social media. Mosques for different sects within the Islam are also increasing. All these factors are rendering Muslims backward in the field of religion also.

Thus, It is regrettable that Indian Muslim today are going backwards in respect of religious and mundane matters.

(The author is Convener of Intellectual Cell of Muslim Rashtriya Manch)