Triple talaq is crime against Muslim women, needs to be scrapped: Indresh Kumar 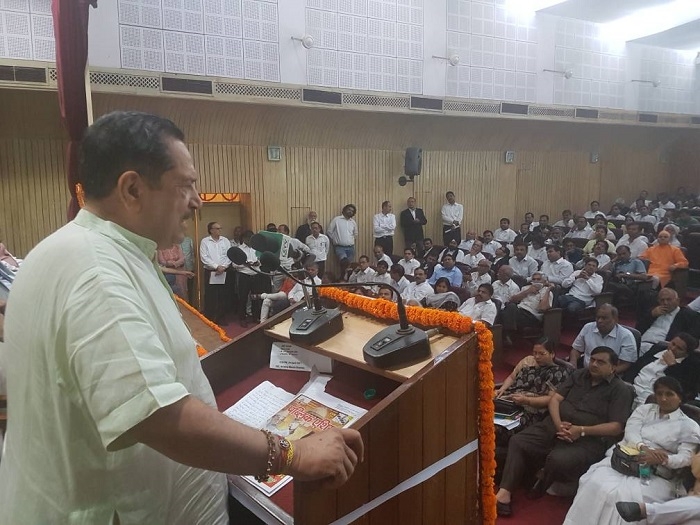 New Delhi, Apr 25: Triple talaq is crime and excess against Muslim women. This should be abolished as early as possible, said Indresh Kumar here on Monday.

Addressing a seminar on Myth and Reality of Triple talaq, Ramjanmabhoomi and Freedom of Speech” organised by Forum for Awareness of National Security (FANS) at Krishna Menon Bhavan in the Supreme Court premises on Monday, Indresh Kumar who is Patron of Muslim Rashtriya Manch (MRM) and member of RSS National Executive, said that Triple Talaq was a sin and crime from all angles,

Stressing the need for social reforms in the Muslim society in the interest of the country and the society, he said that for this scrapping of this evil practice of triple talaq was necessary.

He said that the time has come to emancipate the Muslim women from this crime and excess called triple talaq and we will accomplish it.

Referring to the attitude of the All India Muslim Personal Law Board (AIMPLB) towards this practice, Indresh Kumar said that supporting AIMPLB on triple talaq issue was like supporting the devil.

“There is no mention of triple talaq and halala in Quran Sharif and Hadith. It is not sanctioned by the Muslim holy book. It is the worst persecution of humanity and women,” Kumar said here on Monday.

“There is no Islamic status, constitutional status or legal standing of the board...and standing with it on any issue, especially triple talaq, is like supporting the shaitan (devil),” he added. 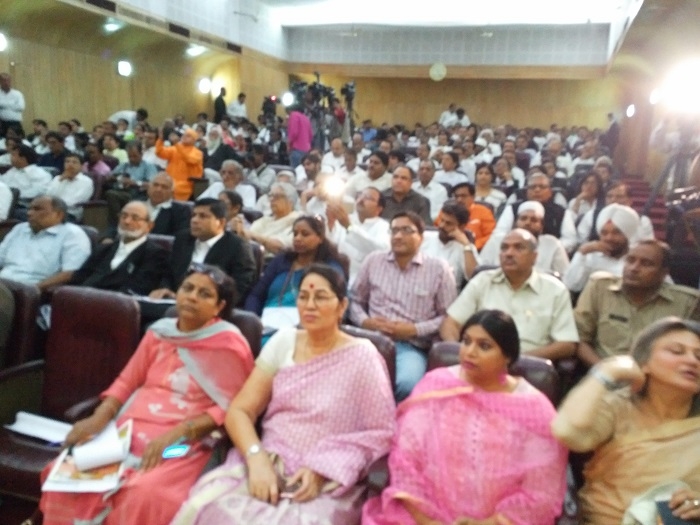 Even Muslim scholars have opposed this practice, he said adding that neither the Quran gives permission of triple talaq nor the Hadith has accepted it as the right way to divorce wife.

It was wrong to give talaq in one go either in the feat of rage or even in a jocular way or by any other means. Talaq given in anger, hatred, or in a drunken situation, was not acceptable at all. No nabi or paigambar had ever divorced his wife.

Some sections in the Muslim society have interpreted the Quran and Hadith to suite their interests and moulded the Sharia accordingly. The provisions of triple talaq and halala were incorporated in that law for their interests, which was completely un-Islamic and and immoral. The Muslim Personal Law Board has been opposing to abolish these provisions.

Making a strong case against the AIMPLB, Indresh Kumar said that on the very issue we should not accept the Board’s directives.

Stressing that the board was set up for Muslim vote bank politics, Kumar claimed the Congress came up with the idea of AIMPLB after the minorities drifted away to regional parties. "So to retain their vote bank, the party encouraged Muslim leaders who were fundamentalists to set up a board and also gave them money," he alleged.

He said that he has been interacting with Muslim scholars in the country and outside on this issue. He claimed that a reform movement against fundamentalism and violence in Islam has begun and those supporting them will have to change.