MRM backs temple at Ayodhya, says Ram is the center of faith in India 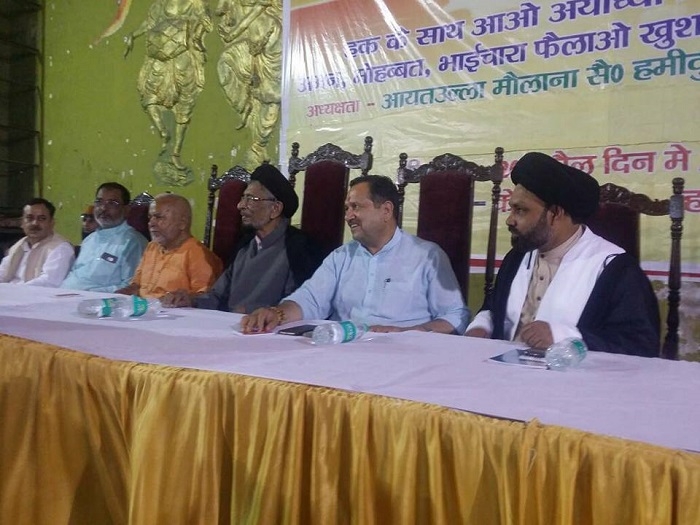 Lucknow, Apr 21: While the Supreme Court had ordered to reopen and resume the criminal proceedings against top BJP leaders in the Babri structure demolition case, the Muslim Rashtriya Manch (MRM), social reform movement of the Muslims in India has extended its support to the construction of Ram Temple at Lord Rama’s birthplace Ayodhya.

MRM Uttar Pradesh Convener Islam Abbas said that the Supreme Court had given an opportunity to the Muslims with its order in which it advised both the communities to strike an amicable solution to this dispute.

MRM Patron and senior RSS functionary Indresh Kumar making a strong case in favour of the temple at Ayodhya said that the Muslims never offered namaz there as they considered the place as ‘napak’ i.e. impure and that Allah would never accept prayers from such a site.

Indresh Kumar further said that the disputed structure was named after the first Mughal ruler Babur and Islam did not accept naming of any religious place in the name of any human being. “It was the first mosque that defamed Islam. It was named after a man who was foreigner and a persecutor (atyachari)”, Indresh Kumar said.

Swamy Chinmayananda speaking at the function stressed that senior BJP leaders L K Advani and Dr M M Joshi had no intention to raze the Babri Masjid in 1992 and cases against them were lodged with political intentions. 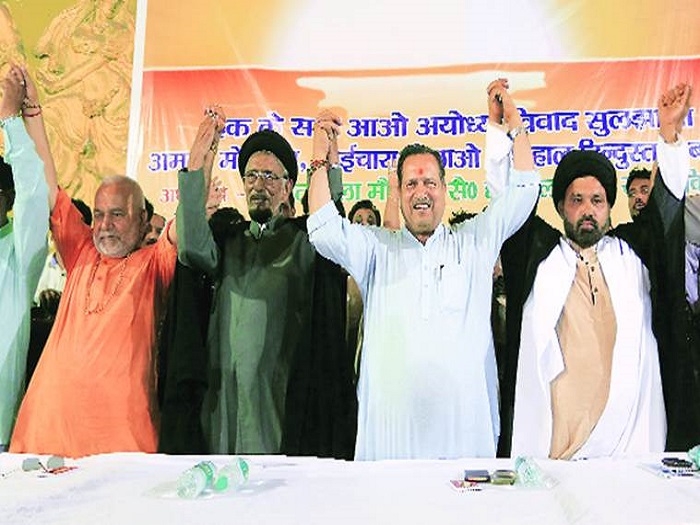 “I know that Advani and Joshi had no intention … because a five-member high-power committee was behind the campaign … and I was member of that committee. A decision to demolish the structure was never taken … It was not even discussed,” the Indian Express said quoting Swamy Chinmayananda.

During the course of his speech Indresh Kumar launched a strong criticism on the All India Muslim Personal Law Board (AIMPLB). “The AIMPLB is an unconstitutional body and does not have any legal locus standii. It is also un-Islamic as Islam does not give sanction to any such institution”, he said.

Indresh Kumar also slammed the Board for its decision on Sunday to not abolish triple talaq. The RSS National Executive member said that on the issue of triple talaq nearly eight crore Muslim women have rejected and negated the Personal Law Board. 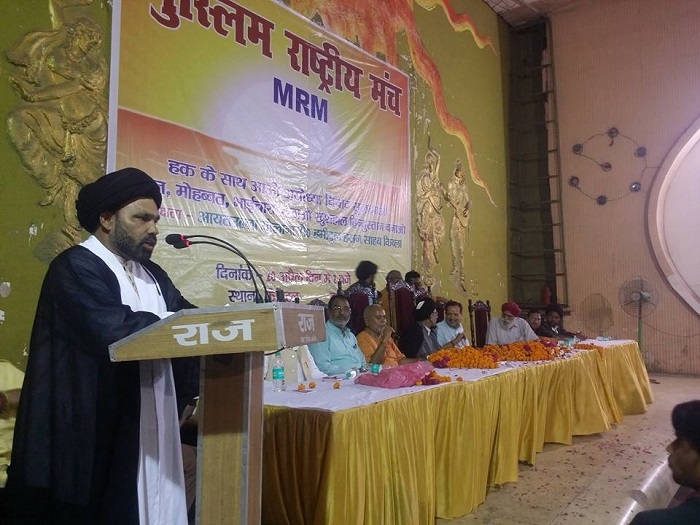 Commenting on the Supreme Court ruling on Ayodhya issue, Indresh Kumar said that in fact, the apex court should have initiated suo moto criminal proceedings against Mughal invader Babur and his chieftain Mir Banki for demolishing the temple at Ayodhya and converting it into a ‘napak’ mosque.

“A mosque is a house of God and cannot be named after any human being. But this mosque is named after Babur and thus is rendered ‘napak’ (impure) and no Muslim has ever offered namaz there. Ishwar and Allah is one and his name is Ram. This reality has been accepted by Muslims and their religious leaders world over. Hence, now Muslims are coming forward to speak for Ram Temple at Ayodhya”, Indresh Kumar said.

Muslim Karsevaks offer to build temple: Meanwhile, a group of Muslim ‘kar sevaks’ reached the disputed site at Ayodhya on Thursday to have darshan of ‘Ram Lala’, reported Hindustan Times.

The group, led by president of “Shri Ram Mandir Nirman Muslim Karsevak Manch” Azam Khan, also brought a truck full of bricks to donate for the construction of Ram Temple.

About four dozen Muslim kar sevaks from Basti, Gorakhpur, Maharajganj and Lucknow districts reached the entry point of the disputed site in 12 SUVs.

When they were stopped by security personnel, as the scheduled time for ‘darshan’ was over, they chanted ‘Jai Shri Ram’ and started forcing security forces to allow them entry.

The situation was defused when senior police officials intervened and asked them not to press for entry. 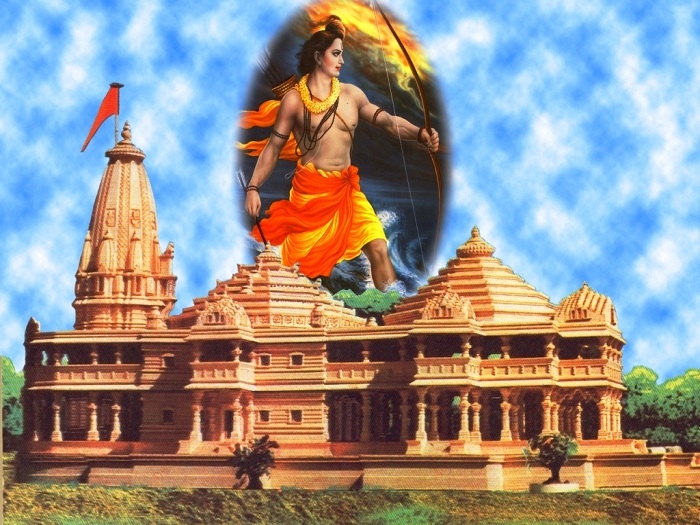 The kar sevaks then assembled at the entry point of the disputed site and took the vow to construct Ram Temple. They also took out a procession in the main market of Ayodhya and met the residents of the temple town.

Azam Khan said the Muslims of the country would contribute to the construction of Ram Temple in Ayodhya.

“Muslims do not want to see Ram Lala under a tent. They want to put an end to hatred in the society and are willing to contribute in the progress of the country. It will be possible only when Muslims come forward and join hands with the Hindus for the construction of the temple,” he said.

Khan is a builder from Lucknow and is a staunch supporter of Atal Bihari Vajpayee.

Haji Nasarullah, a member of the group, said they were not allowed to have ‘darshan’ of Ram Lala. He said they were trying to contact the members of the Vishwa Hindu Parishad (VHP) so that they could sit together and set the common agenda for the construction of Ram Temple in Ayodhya.

Kotwal, Ayodhya, Arvind Kumar Pandey said the truck was not allowed to enter Ayodhya and was parked in Naya Ghat. He added after visiting Ayodhya, the Muslim kar sevaks returned to their respective places.