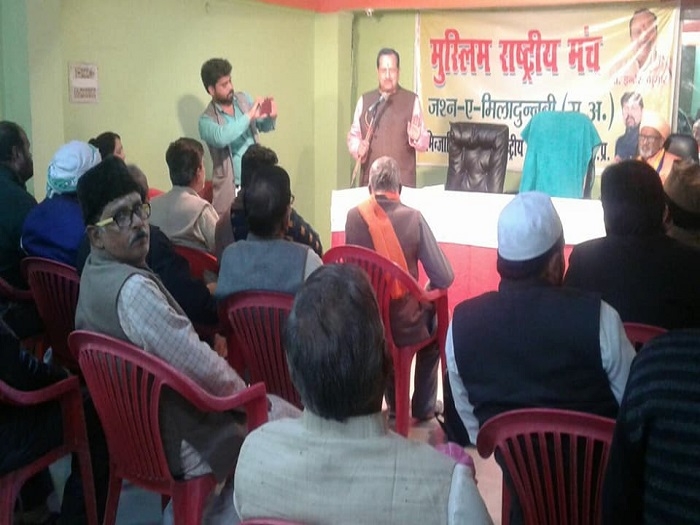 Lucknow/Nagpur, Dec 4: The activists of Muslim Rashtriya Manch (MRM) celebrated the birthday of Prophet Mohammad – Eid-e-Miladunnabi with religious and traditional fervour at various places in the country.

At a function in Lucknow, MRM Patron Indresh Kumar addressed the gathering as chief guest. He congratulated the Muslim people and extended his best wishes to them on the occasion of the birth day of the Prophet.

He said that jihad does not mean violence but it is a purification process for the self. We should do jihad to purify ourselves. We must honour the ‘Paigambars’ of all the religions in the world. He appealed to the audience to take a vow to create a new India which will be free of violence, riots, and terrorism. 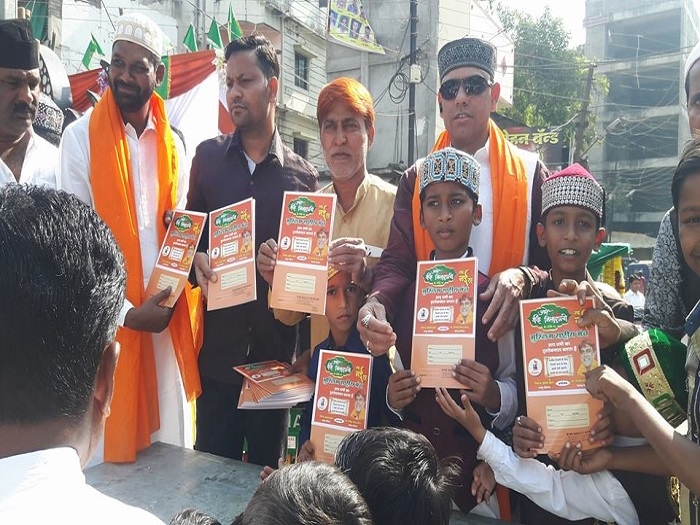 Eid was also celebrated at Pune, Mumbai, Betul, Ganjbasoda, Ujjain, Vadodara, Delhi and other places by the MRM activists.