MRM to hoist tricolour at 10,000 places on Republic Day 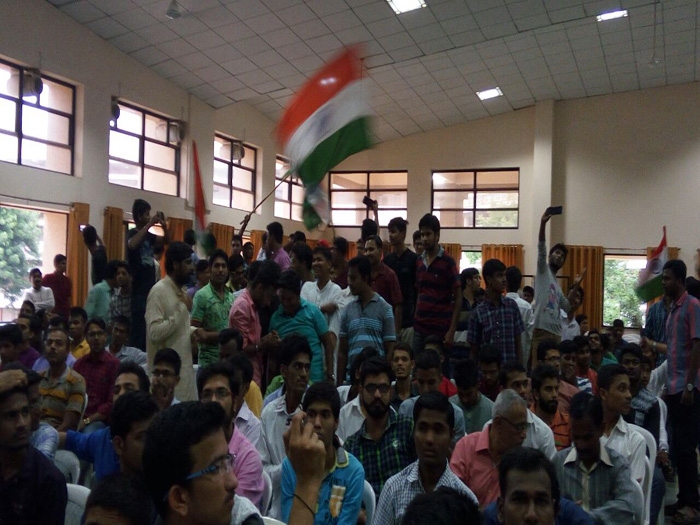 New Delhi, Jan 16: With a view to increasing participation of Muslim community in celebrating the Republic Day, the Muslim Rashtriya Manch (MRM) has embarked upon a massive campaign.

On this Republic Day, the MRM would take initiative to unfurl the National Tricolour at least 10,000 locations on January 26. Efforts are on to involve a maximum number of madrasas, mosques and schools in Muslim areas said Mohd Azal, MRM National Convener and Girish Juyal, National Organising Convener.

Both Afzal and Juyal said that Muslim community was used as a mere vote bank by the so-called secular parties since independence. This has kept them away from celebrating and participating in the national festivals like Independence Day and Republic Day.

It may be mentioned that the MRM had taken a decision to hoist the national flag at madrasas and mosques at its meeting recently held at Agra in December. MRM Patron Indresh Kumar had unfurled the national tricolour at Bohra Madarsa in Nagpur on Independence Day amidst the presence of hundreds of Muslims.

The MRM believes that all Indians belong to the same stock of people, we have common ancestors and share a common culture and therefore we are one country-one people-one culture. When other communities unfurl the tricolour on their schools and houses, why can’t the Muslims do the same on their madrasas, mosques and schools?

Both the MRM office-bearers said that they wanted to instil patriotism and love for the motherland and those martyrs who sacrificed their lives for the freedom of the country amongst the Muslim community through such programs.