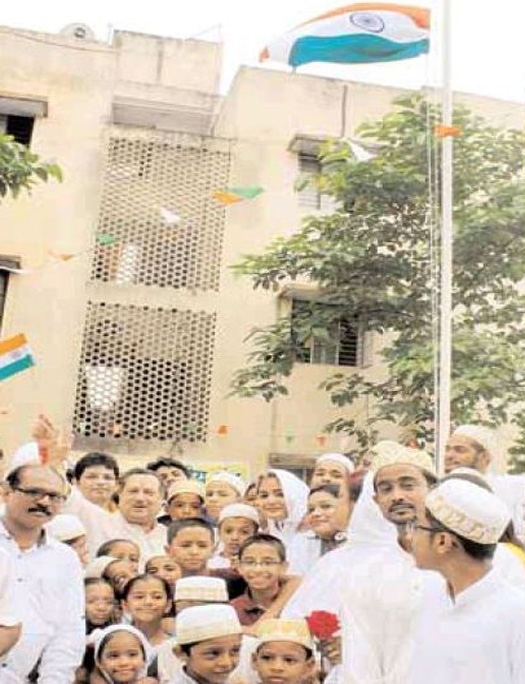 Nagpur, Aug 17: Praising the efforts of Muslim Rashtriya Manch (MRM) and Rashtriya Swayamsevak Sangh (RSS) to create an atmosphere of peace, brotherhood and communal harmony in the country the President of Dawoodi Bohra Community Sheikh Shabir Firdi appealed to the people to be aware of spreading lies and discontent among the two communities.

He was addressing the gathering of Muslims, Hindus and Christians on the occasion of 70th anniversary of Indian Independence preceded by hoisting of the national tricolour in the premises of Bohra Madrssa situated in Eitabhatta area of Nagpur on Monday. Senior RSS Pracharak and Patron of MRM Indresh Kumar hoisted the national tricolour.

Sheikh Shabir Firdi said that the country in which they are living is ‘Hindustan’ and is a country of Hindus. Islam came just 1400 years ago and this country welcomed the followers of this religion with open hands. He added that Hinduism is a way of life and it is a duty of every Muslim to adopt it.

He said that he has seen the RSS from very close quarters. He has offered Namaz in Hindu temples. He added that some people are trying to create dissension in the name of religion. He urged Muslim brothers to beware of such elements.

Firdi strongly opined that every mosque and madrassa should hoist the Indian National Flag. He claimed that Islam speaks of respect and honour to the motherland. Those who follow true Islam should respect our motherland.

In his address, Indresh Kumar appealed to the gathering to imbibe nationalism and patriotism to make our country great in the world. He appealed to the Muslims to strive for ‘Taalim’ (education) and follow the ideals like former President Dr APJ Abdul Kalam.

Indresh Kumar, who was very fondly welcomed by the members of Bohra community paid rich tributes to the former spiritual head of the community and recalled his meeting with the his present successor. 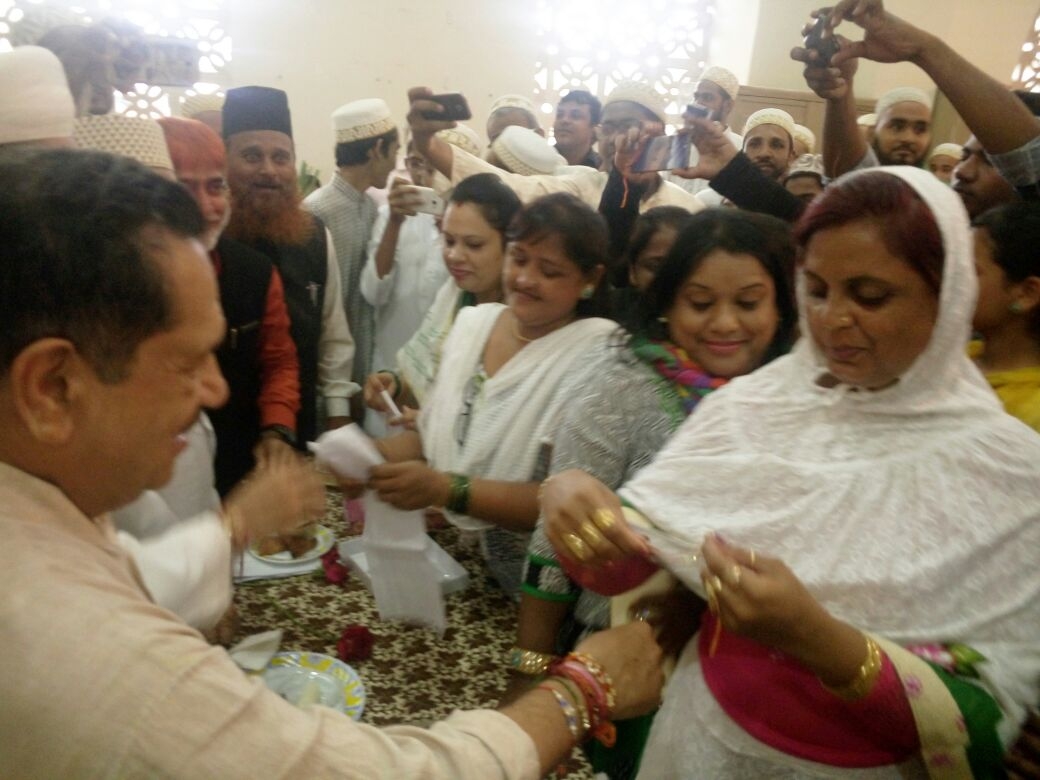 He said that India has seen both Dr APJ Abdul Kalam and the terrorist Yakoob Memon. One was an ambassador sent by God himself to the nation while the other was a traitor of the nation. He claimed that many Muslim clerics and sect leaders have pledged to unfurl the National Flag and to preach patriotism to their followers. Unfurling National Flag and singing National Anthem is a symbol of unity. Now everybody knew and accepted the fact that they do not want IS but instead want love, affection, and brotherhood.

Launching the ‘Anti-terrorism Youth Awareness Front’ of the MRM on this occasion, Indresh Kumar said that the youths should be trained in the family. They should inculcate good moral values and ethos of the country to stay away from violence and terrorism. The MRM would launch such a movement all over the country, he added.