New Delhi, Dec 5: The Muslim Rashtriya Manch (MRM) will launch a nationwide campaign for one national law for all citizens of the country irrespective of their religions or castes.

This decision was taken at a recently held meeting of the national level office-bearers of MRM in Delhi. The meeting was chaired by MRM Patron Indresh Kumar and National Convener Mohd Afzal. National Organizing Convener Girish Juyal was also present.

MRM is using the term National Law for the Uniform Civil Code. It believes that there should be one law for all the citizens and this could be the national law of the country.

The MRM will launch a nation-wide movement for garnering support for this national law from the Muslim community. 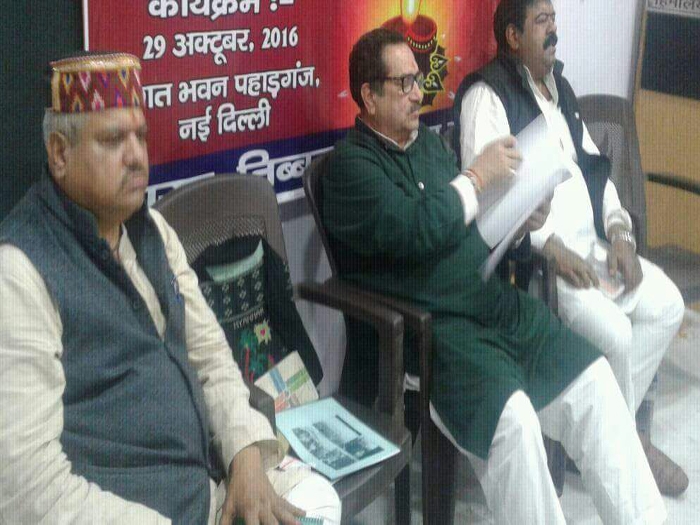 The MRM plans to engage the services of Muslim clergy and intellectuals to convince the common Muslims to support the common national law.

The MRM also plans to launch a campaign against triple talaq. MRM Patron Indresh Kumar said that in the light of the Holy Quran, the issue of talaq should be seen and treated. Some people have wrongly interpreted it and now it has become a serious issue for the society. Quran says that with each talaq, the earth shakes. It is so serious, he said.

We should not worry over the birth of a girl child bust celebrate the event, he said adding that a girl can never be a burden for the society or family but she is the gift of god.

The seminar was organised by the department of social sciences of the university. 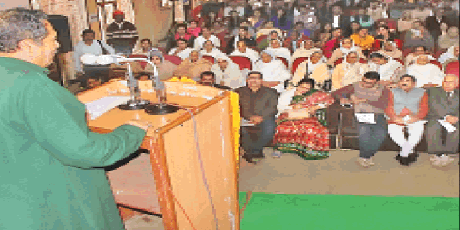 Indresh Kumar said that there are many commonalities between a girl child and mother earth. A mother creates life in her womb and the mother earth sustains the society by the resources in her womb.

Congratulating the people for boycotting Chinese goods during the festivals, he said that this encouraged the employment in the country besides expressing patriotism.

Founder of Sulabh International Dr Bindeshwar Pathak said that service to man is service to god. People should cooperate in projects aimed at providing education, jobs, health and other facilities to the neglected and exploited sections of the society.

Indresh Kumar also suggested to rejecting the use of the word 'Tax' as it smacked of slave mentality. The word was in vogue since the Mughal rule over India and it implies something punitive in the minds of the people. The government should think about replacing this word as it did in case of 'jan-dhan yojana’, or ‘hriday yojana’. He said that in place of ‘tax’ we can use ‘kosh’ or ‘jan kalyankari’ words.

He raised a question mark over the attitude and approach of Delhi CM Arvind Kejriwal and WB CM Mamta Banerjee for embroiling the army into a political controversy. Such approach would hurt the country and its polity he said.