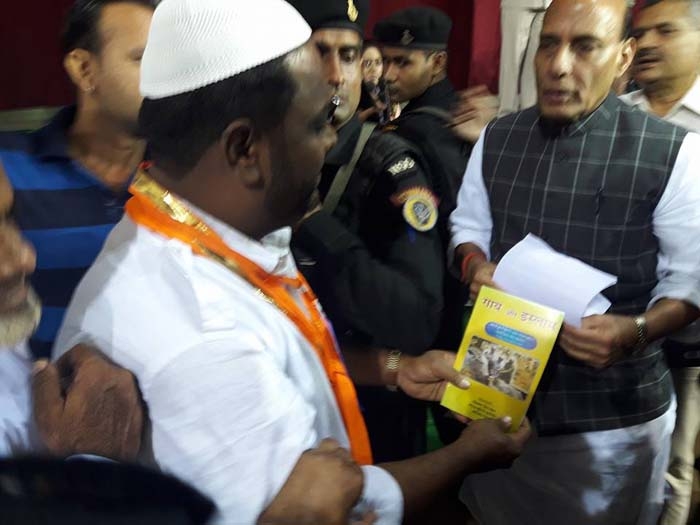 The national convention was organized to commemorate the sacrifice of over 200 ‘gau bhaktas’ on November 7, 1966, in the national capital. They had gathered in thousands under the leadership of Swami Karpatriji Maharaj. The sadhus and saints and commoners were peacefully demanding a total ban on cow slaughter in the country. But the then Congress government headed by the late Indira Gandhi used force to dispel the agitating sadhus and saints. In the lathi charge and the melee that followed, over 200 agitators lost their lives.

As this event completed its 50 years, a function was organized to pay tributes to these martyrs who sacrificed their lives for the cause of the protection of cows revered as ‘mother’ and ‘Kamadhenu’ in the Indian social milieu. 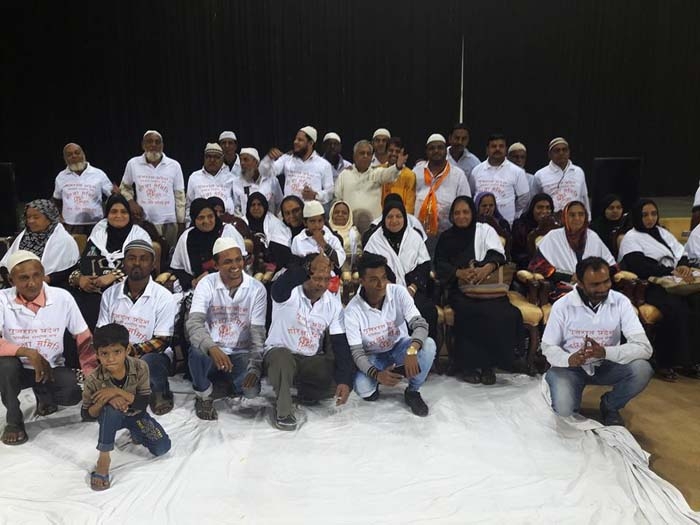 The platoon of Muslim ‘gau bhaktas’ from Gujarat visited the famous Ajmer shrine before coming to Delhi. Under the leadership of Gujarat Pradesh Muslim Rashtriya Manch Gauraksha Prakoshth Zaheerbhai Qureshi, Basheerbhai Mollah, and others, the members carried placards demanding cow to be declared as a national animal.

The troupe offered prayers at Ajmer shrine of Khwaja Moinuddin Chisti and addressed the media there regarding their mission to save the cows before proceeding to Delhi. They later participated in the main function held at JLN Stadium on Nov. 6.

The program was attended by Union Home Minister Rajnath Singh, RSS Sarkaryawah Suresh (Bhayyaji) Joshi, sadhus and saints, social workers and politicians from all over the country.

Addressing the gathering after performing the traditional 'Gau Pujan', RSS Sarkaryawah Bhayyaji Joshi appealed to the society to take a vow to save the cow and cow progeny. 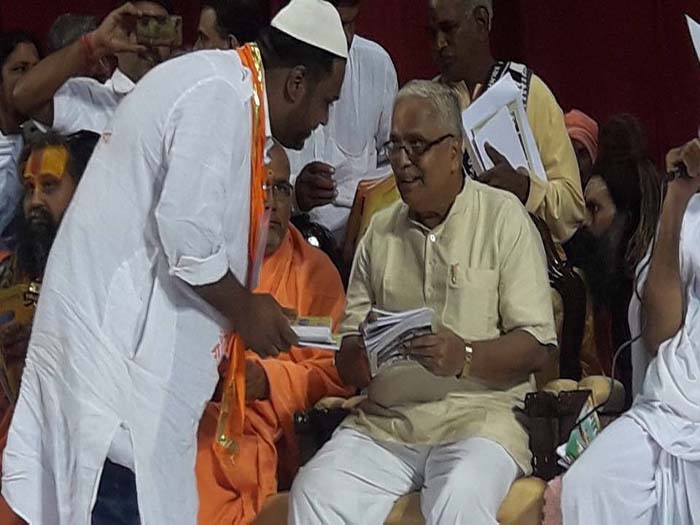 He said that such a vow only can do more good to the society and human being besides protecting the soil fertility and enhancing farm production capability.

The use of bio-fertilisers can make the land free of the disastrous effects of the chemical fertilizers, he said, adding that cow is a 'Kamadhenu' and should be served from this angle only. The benefits would follow naturally, he added.

He said that the farmer of India serves the cow with this feeling of human welfare.

The Union Home Minister said in his address that the issue of cow protection was linked to our faith, culture and spiritual traits. It is also important from economic, social and scientific points of view.

Rajnath Singh said that it is now proved scientifically that 80 percent genes are found common in cow and a human being. He further added that most states of the union have made laws for protecting cow in accordance with the directive principles laid down in the Constitution. He said that though the government has succeeded in stopping the cow smuggling along the Indo-Bangla border, much needed to be done even now, he added. 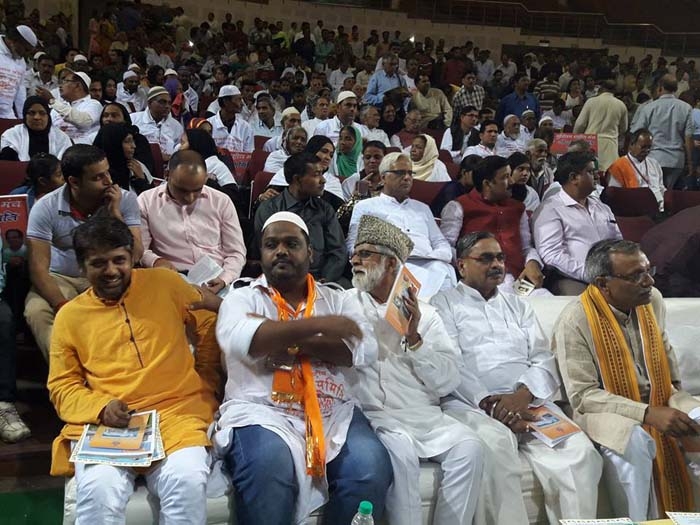 Mohd Faiz Khan, Convener of MRM Gauraksha Prakoshtha said that Islam does not sanction cow slaughter as a religious act. Right from the Holy Quran to the Prophet, there is the only mention of cow milk and ghee as being useful to the human beings while there are clear cut instructions against the consumption of beef.

Pointing to the presence of Muslim ‘gau rakshas’ he said that this justifies his assertion about cow protection and Islamic teachings.