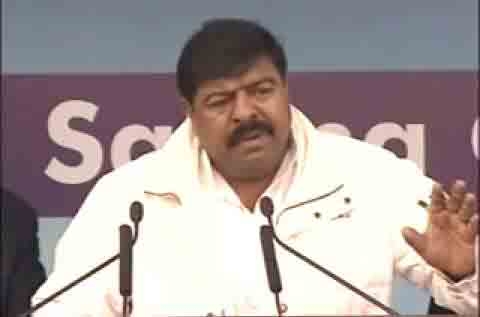 New Delhi, Nov 8: Slamming the All India Muslim Personal Law Board (AIMPLB) for its rigid and obstructionist attitude in addition to preconceived notions about the Uniform Civil Code (UCC) and triple talaq, Mohammad Afzal said that some orthodox sections of the Muslim community are politicising and dragging into controversy the issue of triple talaq for their petty political agenda.

In an in-depth interview with the ‘Times of India’ on November 7, Afzal who is the national convener of Muslim Rashtriya Manch (MRM), said that instant triple talaq is a social disaster. The scrapping of same will not pose any religious threat to the Muslim society.

Citing the historical facts about the triple talaq, Afzal said that in the era of Hazrat Umar, a man giving such divorce was punished with 50 lashes. In today’s context the practice continues but lashes have disappeared, he added.

He also said that the cases of triple talaq in villages are worst than urban areas where in every three houses, there is at least one divorce. He urged AIMPLB and Ulemas to review their stand on the Uniform Civil Code and asked them to take part in the process of evolution and reforms.

Supporting the central government’s decision of ending triple talaq he said that uniform civil code is all about gender justice and should not be linked to UCC Islam in general.

Taking a firm and bold stand over the central government’s decision he said,“If you link triple talaq to Islam then a thief should lose a hand, a rapist should be half buried in the ground and stoned to death, and a murderer should be beheaded publicly in the market-place. But even when you don’t follow these rules anymore, you remain a Muslim. So, this is not about Islam.”

Expressing deep concern over the attitude and motive of All India Muslim Personal Law Board Afzal said, that reforms are a continuous process and most important thing is that the large number of educated Muslims are coming out and protesting the established triple talaq concept but unfortunately Muslim Personal Law Board is the biggest hurdle in the whole process of reforms, he added.

Criticizing and questioning the approach of members from Muslim Personal Law Board Afzal said that for six months the issue has been in the news, tell me how many agitations have taken place so far? How many ulemas have come out on the streets?

Today nobody can fool the Muslim community as they are no more uneducated or ignorant but large numbers of community members are coming out and protesting for the scrapping of this draconian social evil he added.

When asked about the questionnaire by the Law Commission Mohammad Afzal advised Commission to launch awareness campaign down the villages to propagate and disseminate information about the questionnaire where people don’t even know about the website of Law Commission. He challenged the AIMPLB and the law panel to conduct a separate referendum involving only women on triple talaq. He advised the government to chalk out the plan for addressing the misconceptions about the Uniform Civil Code.

When asked about the relations of Muslim Rashtriya Manch with RSS, Mohammad Afzal said that we derive inspiration from RSS, though we are an independent social movement working for the welfare of the Muslim society.