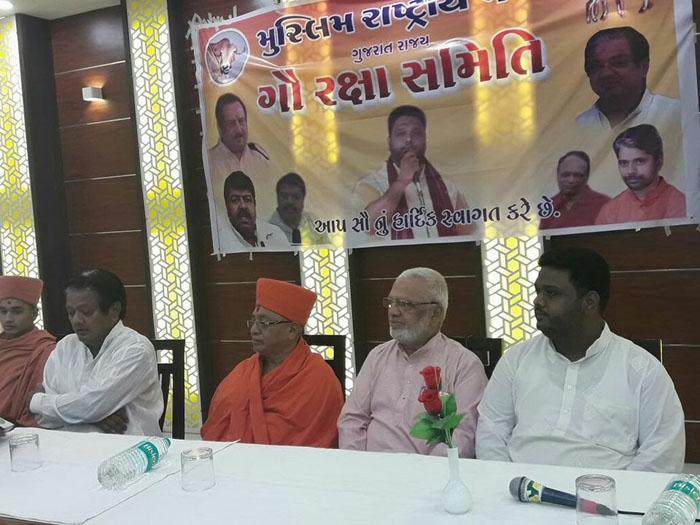 Vadodara, Oct 16: Hundreds of Muslim Gaurakshaks will participate in the proposed All India Gaurakshak Sammelan in New Delhi next month.

This was decided at a meeting of Gujarat State Gauraksha Samiti under the patronage of Muslim Rashtriya Manch (MRM). The meeting held at Hotel ‘The Food Express’ was chaired by State Convener of MRM’s Gauraksha Prakoshth Zaheer Qureshi.

It may be mentioned that commemorating the 50 years of first Gauraksha movement, a massive gathering of gaurakshaks from all over the country has been convened in New Delhi on Nov 6-9, 2016. It was on Nov 6, 1966, lakhs of gaurakshaks had marched to the parliament to press for their demand to ban cow slaughter. The MRM has decided to participate in this commemorative event.

Muslim gaurakshaks from all over Gujarat attended the meeting.