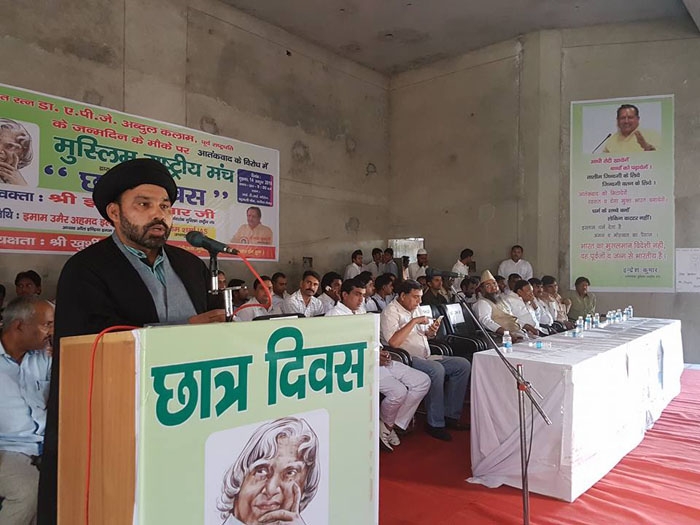 The occasion was birth anniversary of former President Dr. APJ Abdul Kalam and Indresh Kumar along with other functionaries of MRM was here to address a massive rally of students and youths.

Addressing the students, Indresh Kumar said that all Indians are one and will remain so forever in spite of our different religions and languages.

He said that we are related to each other by a strong thread of inherent unity. This unity is an indication of India's growing strength and progress, he added. 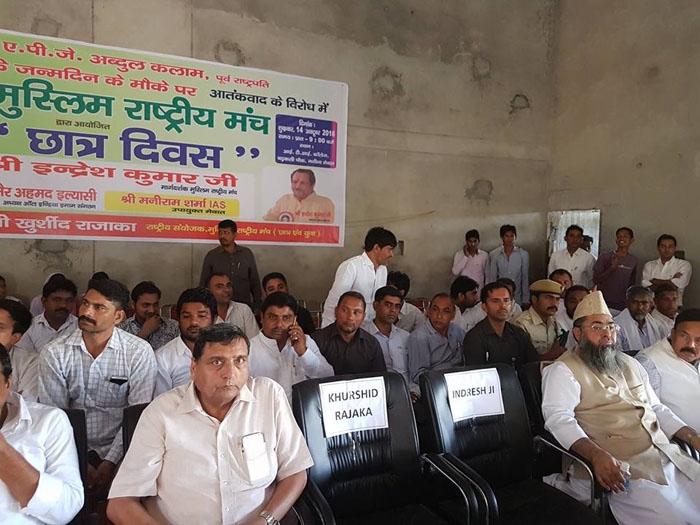 Welcoming the action against the separatists in Kashmir he said Kashmir is the inseparable part of India. He accused Pakistan of creating disturbance and engaging Indians in a fight against each other.

President of All India Imam Organisation Moulana Umer Iliyasi said that Indian Muslims are always Indian to their heart. He lamented at the neglect of Mewat region by the successive governments. He said if the Government of India allowed them, the 25 crore Muslims of India would easily bring Pakistan under control.

DGP Krishna Murthy said that the government should set up universities and industries to improve the condition of people of Mewat.